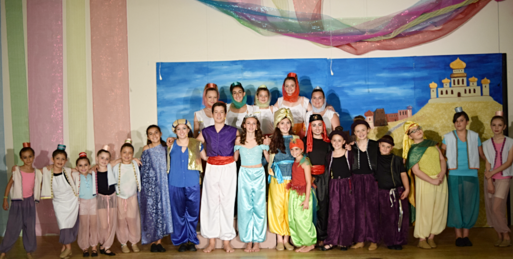 In this one-of-a-kind, hilarious fairy tale curses are reversed, monsters get the girls, donkeys and dragons find love, and princesses are beautiful in all shapes and sizes. Grumpy, gruff, green ogre Shrek lives alone in his swamp. The world is fearful and mocking of him, and he is more than happy to leave the world to itself, in turn. Suddenly, his hermit existence is thrown open, when a group of homeless fairy tale characters — Pinocchio, the Gingerbread Man, the Three Little Pigs, and more — burst upon his swamp, seeking refuge from the persecution of the cruel, vertically-challenged Lord Farquaad. Shrek seeks out Farquaad, who offers him a deal: if Shrek rescues the Princess Fiona (whom Farquaad wishes to marry for her crown), then Farquaad will ensure the return of Shrek’s swamp by returning the fairy tale creatures to their homes.

In a desperate attempt to regain his swamp’s hermetic piece, Shrek enters the world for the first time in his life. He travels to Princess Fiona’s prison, rescues her from a fire-breathing dragon, and then – scariest of all – is forced to get to know the princess as he tries to bring her back to evil Farquaad. To the determinedly unsocial ogre’s dismay, Fiona is very different from what he expected a princess to be. She may even provoke Shrek’s most novel experience yet: Love. Shrek the Musical transforms the contemporary children’s book and popular animated feature film into a stage musical that is sure to entertain and make audiences believers in happy endings for all.

In Agrabah, City of Enchantment, a kind but wily street urchin named Aladdin falls in love with the beautiful Princess Jasmine, who he knows is way out of his league. It just so happens, however, that the Sultan has declared Princess Jasmine must choose a husband within the next day. After she turns down the offers from various wealthy suitors, Aladdin - with the help of a fast-talking, magical Genie - introduces himself as the wealthy suitor Prince Ali Ababua. Meanwhile, evil royal advisor Jafar also has his sights set on the kingdom, and tries to convince the Sultan to force Jasmine to wed him. Will love conquer all? Perhaps - if love has a little help from a Genie. 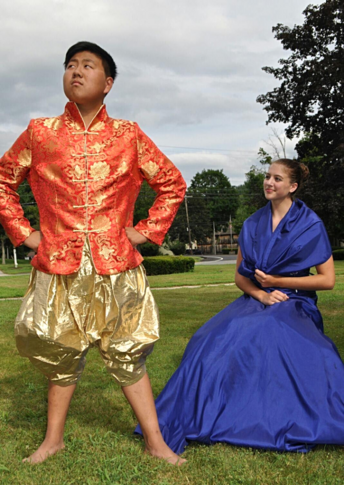 With its unique combination of romance, magic and political satire, Finian’s Rainbow tells the story of Irishman Finian McLonergan and his daughter Sharon. Finian sets out for the small town of Rainbow Valley in the mythical state of Missitucky with the hope that he will grow a fortune if he buries a stolen pot of gold near Fort Knox. The true owner of the pot of gold is Og, a leprechaun in hot pursuit of Finian. Og must recovering his fortune before the loss of it turns him permanently human. Meanwhile, a crooked and bigoted senator gets the surprise of his life when Sharon accidentally turns him black by making a wish near the magic crock of gold. Add a delicious love story between Sharon and local hunk Woody Mahoney as well as another love story between Woody’s mute sister Susan the Silent

and the comical Og, and you have a rainbow of happy endings for the lovable characters in this charming show that had 725 Broadway performances. 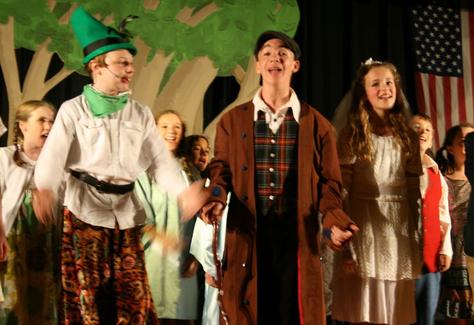 Anna Leonowens arrives in Siam to serve as a tutor to It is the early 1860s when newly widowed Anna Leonowens and her son, Louis, set sail from their native England for Bangkok, Siam (now Thailand). Anna, still grieving, has set her sights on a new adventure and taken a position as the schoolteacher for the royal offspring of the King of Siam. The King is determined to usher Siam into the modern world, and he thinks Western education can be a part of that – yet, Anna is horrified at first by many of the traditions that he holds dear. Anna and the King struggle to find common ground. The King is largely considered to be a barbarian by rulers of the West, and he takes Anna on as an advisor, asking her to help change his image – if not his actual practice. With both keeping a firm grip on their respective traditions and values, Anna and the King teach each other about understanding, respect, and love that can transcend the greatest of differences. Beneath the fraught, fiercely opinionated, conflict-ridden surface of Anna and the King’s relationship lies one of the most unique love stories in the musical theatre canon.