​​​​Following Brighton Beach Memoirs and Biloxi Blues, this is the poignant and funny conclusion of Neil Simon's semi-autobiographical Eugene trilogy. Eugene and his brother Stanley are trying to break into the world of professional comedy writing, while coping with their parents' messy and gut-wrenching split. When their material is broadcast on the radio for the first time, the rest of the family is upset to hear a comedic rendition of their own trials and tribulations. Comedy, family, love and getting through everything with each other - this show has it all! Broadway Bound is presented by special arrangement with Samuel French, Inc. 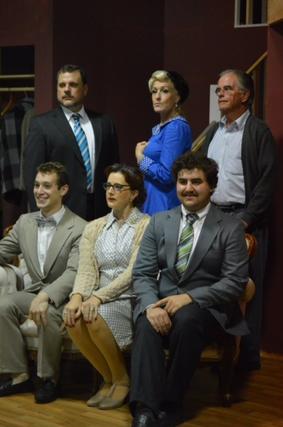