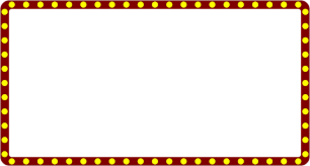 ​On a hot summer day after a long trial, a jury must decide whether a 19-year-old man is guilty of murdering his father. The jury votes 11-1 that the man is guilty of the crime, but laws in the United States require a unanimous vote by all 12 jurors in order to pass judgment. Tempers flare as the eleven jurors try their best to convince the one dissenter to come around to their side. As the evidence is re-examined, however, new uncertainties come to light, forcing everyone to truly question if there is, in fact, some measure of "reasonable doubt." Twelve Angry Men is a heightened courtroom thriller that puts you on the edge of your seat while powerfully exploring what it means to live in a democracy.

​The greatest star, the ultimate people person…. the story of beloved comedienne Fanny Brice begins with her irrepressible youth in New York’s Lower East Side, where the stage-struck teenager clowns her way through burlesque and vaudeville, with dreams of making it big. Despite the discouragement of her friends and neighbors, who tell her that she isn’t pretty enough for the stage, Fanny, with her powerhouse voice and incredible ambition, knows better. After meeting Nick Arnstein, a handsome and charismatic gambling man with a gentle side, Fanny immediately falls in love. With her big break in the Ziegfeld Follies on the horizon, the stardom she has always longed for is within her grasp. Her only problem….. the elusive Nick Arnstein, ignorant of her affection, is always leaving town on some “business” venture. After a romantic meeting in Baltimore, Nick and Fanny finally confess their feelings, and Fanny boldly abandons the Follies to follow Nick across the ocean. When Nick wins a bankroll, the newly-wealthy couple happily marry. No honeymoon lasts forever, though, and Fanny has to choose between the brilliant show business career she loves, or the adored husband who increasingly resents her success. A triumphant story of starry success and a bittersweet story of love, Jule Styne and Bob Merrill’s Funny Girl is a musical theatre classic which celebrates the exuberant and elegant flavor of Broadway in the 1910s and 20s and the comic genius of Fanny Brice. Featuring such beloved songs as “People”, “Don’t Rain on My Parade”, and “Sadie, Sadie.”